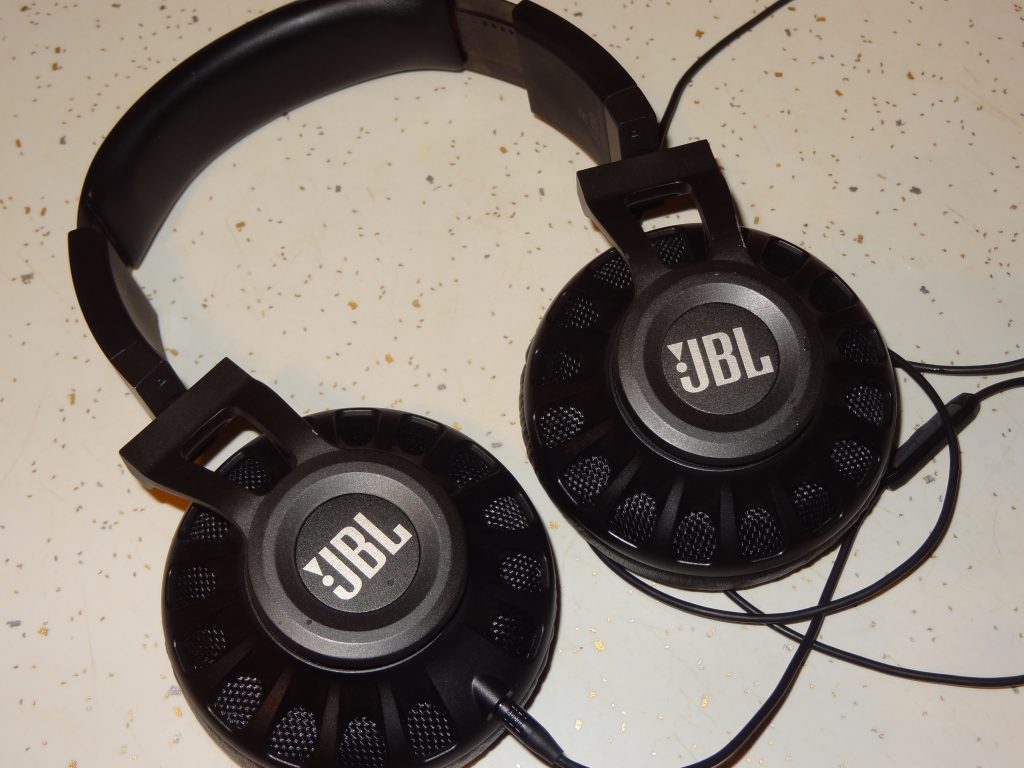 When you’re thinking of headphones the last name that comes to mind is JBL. Not saying that JBL has been around for ages but they have been known for pumping your car stereos or filling your household with some killer sound systems while watching your favorite action flick on Blu-Ray. So when I heard JBL was releasing pairs of headphones I had to take a glimpse and see if there headphones was good as the rest of their catalog.

So first off with the JBL Synchros S700 they have a setting called “LiveStage” which helps to produce that full realistic stereo surround feeling you may be missing from other headphones. So to fully get a feel of this, JBL had Belgian American singer and Guitarist Trixie Whitley hooked up to a sound system which transferred into our listening ears while she sang so gracefully thru the mic and played her instrument. It was overall great performance and get the “LiveStage” feeling of these headphones(check the video below). So with that being a plus how well do they hold up to regular played music? 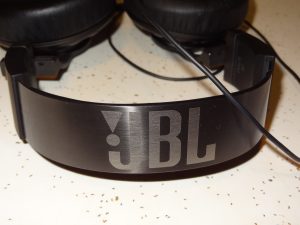 When picking up the S700s they don’t have that slick looking, plastic feel that you might be accustomed to but look like there was time put into constructing these. The frame is die-cast aluminum, woven Cordura accents shown on the outside of the huge 50mm earcup drivers, while on the inside is soft cushiony cups. Round that out with a steel headband and you have a very sturdy built pair of music listeners. The design may not grab the younger hip Beats by Dre crowd, but more of the mature crowd. Wearing them they feel great and cover your ears completely (well mines) and helps you immerse yourself in the music experience. They do have some weight to them so long listening periods might bother you.

If you’re done listening the cups of the headphones do swivel outwards to lay flat and put inside its case it comes with. Inside that you get a charging cable for the rechargeable battery to use the LiveStage which lasts for 18 hours and it holds to that as I have only charged these things one time. Also two audio three button cables (with mic) are included where one is for iOS and the other is universal. 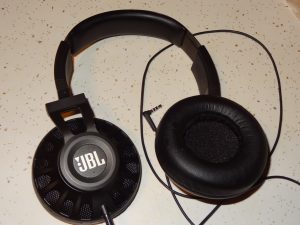 S700s can be utilized two ways depending on your mood of music. Without the “LiveStage” mode you get a rich sounding experience with strong bass but it’s not too heavy and overbearing taking away from the music itself. If you decide to flip the switch and take that bad boy on you can find yourself getting caught up in the moment. Listening to “Lady Gaga-Applause” and “Katy Perry-Roar” they sound incredible with pop vocals and makes you feel like your right there on stage.  Also listening to “Daft Punk’s-Lost Yourself to Dance” was more punchy with bass with the setting off and more expansive with the feature on. Listening to some older hip hop tracks like “Wu Tang Clan-Triumph” had deep bass and sounded better with the feature off then on.

The JBL Synchros S700 actually surprised me as I feel like they came out of left field and grabbed my ears and my musical heart. As stated the design won’t grab everyone’s attention such the hipster crowd and the steep price of $349.99 put them past competitors such as Beats Studio and Monster’s Inspirations and up there with greats such as Bower & Wilkins P7 and Sennheiser Momentum Black.