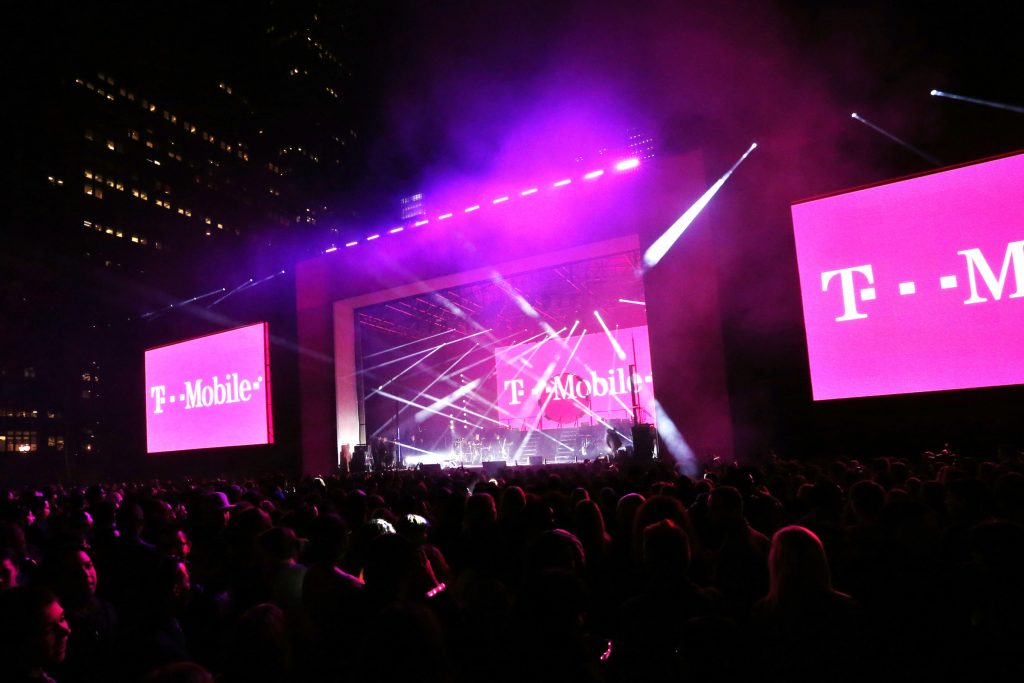 Once again T-Mobile continues to flip the mobile industry upset down. Announced on Wedsnday evening in New York City’s Bryant Park, T-Mobile unleashed their Simple Global plan. Essentially its a $10 add-on to your existing phone plan you already have. With this add-on you get unlimited text and data in over 100 countries and $0.20 for voice calls in those roaming countries. To push this out even further Nationwide 4G LTE was also announced to the world. The Simple Global plan kicks into high gear on October 31st which is less then a few weeks away.

Tonight, at a concert event for thousands of its customers at New York’s Bryant Park, featuring international superstar and new T-Mobile collaborator Shakira, the Un-carrier announced that it is tearing down borders and walking away from the U.S. wireless industry practice of charging exorbitant international roaming rates.

“The cost of staying connected across borders is completely crazy,” said John Legere, president and CEO of T-Mobile US, Inc. “Today’s phones are designed to work around the world, but we’re forced to pay insanely inflated international connectivity fees to actually use them. You can’t leave the country without coming home to bill shock. So we’re making the world your network — at no extra cost.”

Americans take about 55 million trips to destinations outside the U.S. every year. When U.S. customers use their phones abroad the way they normally do at home, their costs often total $1,000 a day or more. So more than 40 percent of customers turn off data roaming completely. Another 20 percent more say they would if they knew how. The toll these roaming fees take on individuals and businesses is huge. Whether traveling for business or pleasure, wireless customers face a hard choice — use their phone when they need it and pay through the nose, or cut off communications to contain costs.

“It doesn’t have to be this way,” Legere said. “The truth is that the industry’s been charging huge fees for data roaming. But what’s most surprising is that no one’s called them out — until now.”

T-Mobile tonight announced that it’s expanding the home data coverage for most Simple Choice customers to include more than 100 countries, at no extra charge. Starting Oct. 31, these Simple Choice individual and business customers automatically get unlimited data and texting in more than 100 Simple Global countries worldwide, and they will only pay a global flat rate of 20 cents per minute for voice calls when roaming in the same countries. Eligible customers on T-Mobile’s popular Simple Choice plan won’t have to activate anything or pay an extra monthly fee.

And, for customers in the U.S. wanting a saner, more affordable way to stay connected with friends, family and colleagues worldwide, T-Mobile’s got them covered, too. The company announced tonight its new Stateside International Talk & Text feature for discounted calling and texting from the U.S. to all Simple Global countries. Customers never pay more than 20 cents a minute to any number in any Simple Global country, including mobile to mobile. Calls to landlines in more than 70 of these countries are unlimited and included at no extra cost. Unlimited texting is also included to all countries. Stateside International Talk & Text is available to most Simple Choice customers for just $10 a month.

“We’ve not only delivered nationwide 4G LTE months ahead of schedule,” said Neville Ray, chief technology officer for T-Mobile. “Our nationwide 4G LTE is right on top of our already nationwide 4G HSPA+ network — which translates to one wicked-fast combined 4G network experience.”

Making global connections and bringing the world closer together is also a key value for global artist, songwriter and Grammy Award-winning music icon, Shakira. T-Mobile is working with the musical powerhouse to bring that message to people everywhere and announced the collaboration through a new multiyear partnership agreement to include the creation of unique content, fan engagement and exclusive access to her new music.

“Today is all about bringing the world closer together,” Shakira said. “I’m excited to partner with T-Mobile and look forward to being able to share my music in new and innovative ways.”

As part of the relationship, T-Mobile will support Shakira’s upcoming single and album releases to create unique T-Mobile customer experiences. T-Mobile is breaking the traditional sponsorship mold and creating a unique partnership where the company and the artist will work together to help amplify key messages and initiatives for each other, which will also include a select number of special events for the public and exclusive fan engagement activities.

These announcements build on months of momentum since T-Mobile kicked off its Un-carrier consumer movement earlier this year. Since then, the company has enjoyed a groundswell of support from U.S. consumers signing on in record numbers, making T-Mobile America’s No. 1 choice in wireless since its Un-carrier launch in late March — with more net new postpaid customers than AT&T, Verizon and Sprint combined.

The smart move by T-Mobile was enlisting the services of Grammy award winning Shakira. They will now both be collaborating to help push the T-Mobile market all across the world as a long term commitment.

T-Mobile gave back to over 1,000 T-Mobile customers and allowed to not just hear the announcment but also to see latin pop sensation Shakira. But before she came out, there was a surprise guest by hip hop DJ, rapper, producer Swizz Beatz.

Swizz Beatz got the crowd going performing alot of older tracks not even to do with hip hop but music in general. He gave a decent 30 min set but introducing the main event of the evening. Shakira had the crowd going nuts opening with “Whenever, Wherever”, “Underneath Your Clothes”, “She Wolf” and others.

Shakira & her dancers
T-Mobile has really stepped their game up in 2013, going from a company that was almost bought out by AT&T a little over a year ago to one that while is still in fourth place is looking to itch up higher in the rankings and making the other wireless providers take heed and change up their strategies, even in some cases looking to play catch up.