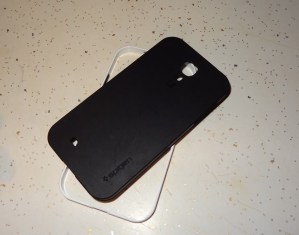 One of my biggest dislikes about cases has always been how it can take away from the overall look and feel of the phone. Usually adding on the case to even the slimmest device will either make the phone itself more bulky or unrecognizable to what they originally looked uncased. I used to go pretty much “naked” with my smartphones before leaving the phone pretty much the same as possible. I was never really even a big fan of screen protectors which I don’t have on my S4 right now.

Seeing as how the Samsung Galaxy S4 came out a few months ago I felt it was imperative that I get a case to protect this bad boy. While the back does seem like a take a hit im not too sure about that front.
I came across Spigen new round of cases and one that caught my eye was their Neo Hybrid Case. I had seen glimpses of it online which peaked my interest but that’s about it. I was finally able to get my hands on it and the results were better than I expected. 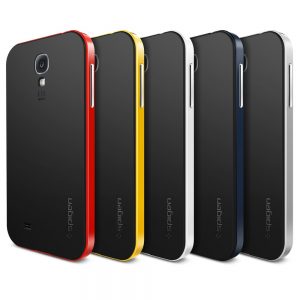 The Neo Hybrid Case for the Samsung Galaxy S4 is a case for any minimalist such as myself that doesn’t want to take away from the light and slim feel of the S4 by throwing on a case. The Neo Hybrid is a case you need to assemble with two parts. The first is a soft TPU wrapping layer that goes around your phone while the second part is a polycarbonate frame that goes round that TPU layer. It is pretty easy to put together and only takes seconds. Once added you have a nice rubberized feel on the back, and the case’s buttons for the volume and power button feel right at home. The branding you can barely see but it is there but it doesn’t take away from the overall look of the case.

The best way to remove it is just pull the entire case off the phone starting from one of the corners. Don’t try to remove it going in reverse order of how u assembled it as it won’t work. Doing so can cause you to possibly damaging the case and breaking or bending the frame making it useless

This maybe one of my favorite cases for the S4 I have dealt with since its launch. It feels great in the hand, puts a speck of weight to the S4, as the phone itself is light as a feather compared to the S3. I have dropped it a couple of times and the case has taken a nice hit and damage has been done to the screen or even the case. The only real discrepancy I have about the case is the USB port. 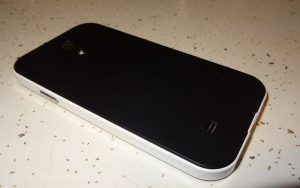 It is more of a square shape and will only fit the S4’s own charger perfectly. Seeing as I have multiple chargers I don’t always reach for my S4 charger. Trying to plug-in anything differently results in no power for you.

I did get tons of compliments on the case and people have asked me where I got it from and it even adds a nice look to the S4, while some of those looks were ones such as “It looks a lot like the iPhone”. Maybe it’s based on the simple black coloring I have. Because we know it works much better than one (my personal opinion).

I have used this case for the past few months and while I have gone ahead and tested other cases and tried to rock with them, I find myself coming back to the simplicity of using this Neo Hybrid case by Spigen. I say definitely check it out and it’s worth the money at its pricetag of $29.99.