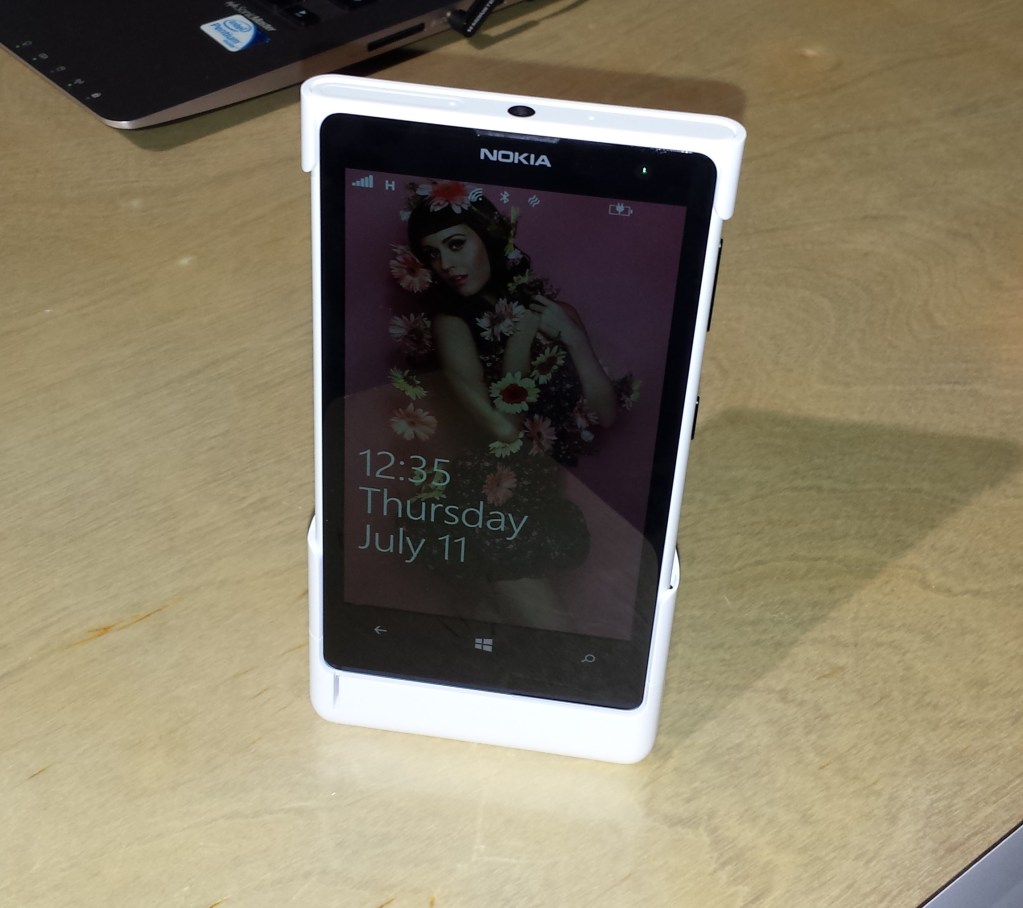 Nokia finally let the cat out of the bag about its upcoming phone called the Nokia Lumia 1020 here at a NYC event near the Hudson River. Now I know it may look similar to the 920 models and those that have come before it but there is a big difference on the back. That being a 41 megapixel pureview xenon flash camera. While their Pureview 808 model also had a 41MP camera, it didn’t run Windows Phone’s OS on it but instead had their older OS they used which was Symbian.

Now I know your saying 41-megapixels is nice and all but what else can be done. With the Nokia Pro Camera application built-in take a picture then go head and zoom in and crop it and make that your new picture. The zoom is pretty good on this and captures a lot that you aren’t able to with the usual camera phones out now. Also the camera does have a feature called “Dual Capture” which essentially takes two shots of the same picture. One in the 41MP style and another in 5MP in case of sharing with Instagram, Facebook and other social sites. The 41MP shots can be as large as 10MBs each. Imagine trying to upload that over your wireless network quickly.

One of the coolest features on this device is the actual camera lens on the back is covered in Gorilla Glass 3 also. So no worries of scratching your lens up anytime soon. A nice accessory to go along with the Lumia 1020(in various pictures) is the Camera Grip. You can use it to get a better feel of the device and not worry about dropping it. Also good for propping the phone up for those group photos. This coupled with the numerous features and app support that its being backed up it is looking to be interesting to see how the Lumia 1020 does.