When working out you’d usually do ear buds over headphones but I have seen some cases… Monster iSports which has primarily dealt with earphones for your intense workout routines just recently announced their newest edition to their iSports family called “Freedom”. Now these are on-ear headphones designed for exercising which we haven’t really seen before.

The iSports Freedom have been created to take up to some heavy activity. I have seen some on ear headphones deteriorate pretty badly from sweaty workouts. So the fact they have made the ear cups anti-microbial and the rest of the device water-resistant and sweat proof is amazing.

Stuffed inside is Bluetooth wireless (Apt-X + AAC) so you jam and rock out without any wires getting in the way. Also on the device is push buttons say if u need to answer a call as mics are built into the headset.

I personally never been a fan of working out with on-ears but that’s because there wasn’t something like the Freedom available. So they may have found a market that has been clamoring for these for some time. 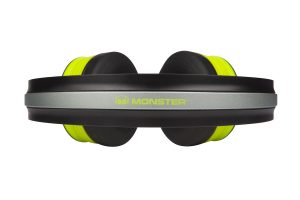