Launching new products isn’t something that Samsung takes lightly and they always look to make it productive and fun. Remember  launches for other products, like the Samsung Galaxy Note 10.1 launch or even bizarre and over the top like the Galaxy S4 announcement last month.

Samsung took to the financial district of lower Manhattan at the historic Cunard Building to showcase its Samsung Experience Shops that would be popping up nationwide at Best Buys around the country with some already in effect such the only 24/7 Best Buy on Union Square.

Just so happens to coincide with their latest venture is the release of the Samsung Galaxy S4 which should be hitting various providers such as AT&T for $199.99, T-Mobile for $149.99 Down, Sprint for $249.99 ($100 off you come from another provider) and Verizon looks to be $250 (before $50 mail in rebate) in the next coming days.

Samsung knows how to get public awareness about their products as they had media and the public invited to this event. To get you interested in the products they even had a little contest going on where you needed a range of tokens to compete. Go to the different stations and ask about the features and so forth and voila a token was given by Best Buy employees or staff of Samsung with their zipped locked casino chip bags.

I thought this made the event rather fun and got the prospective consumers interests going even if they didn’t want to and were just there to see Bruno Mars. Besides the S4 on display, was the recently released Samsung Galaxy Note 8.0, and other products such as the Samsung Galaxy Camera, Samsung Series 5 and 7 notebooks and Galaxy Tab 2.

Working on the ones and twos in the DJ Booth last night was DJ Rev Run. As you know Samsung loves their celebrities such as Swizz Beatz performing at the Note 10.1 event, and Kanye West shutting down the Note 2 event so it came to no surprise when they also had Bruno Mars on the bill for the evening. 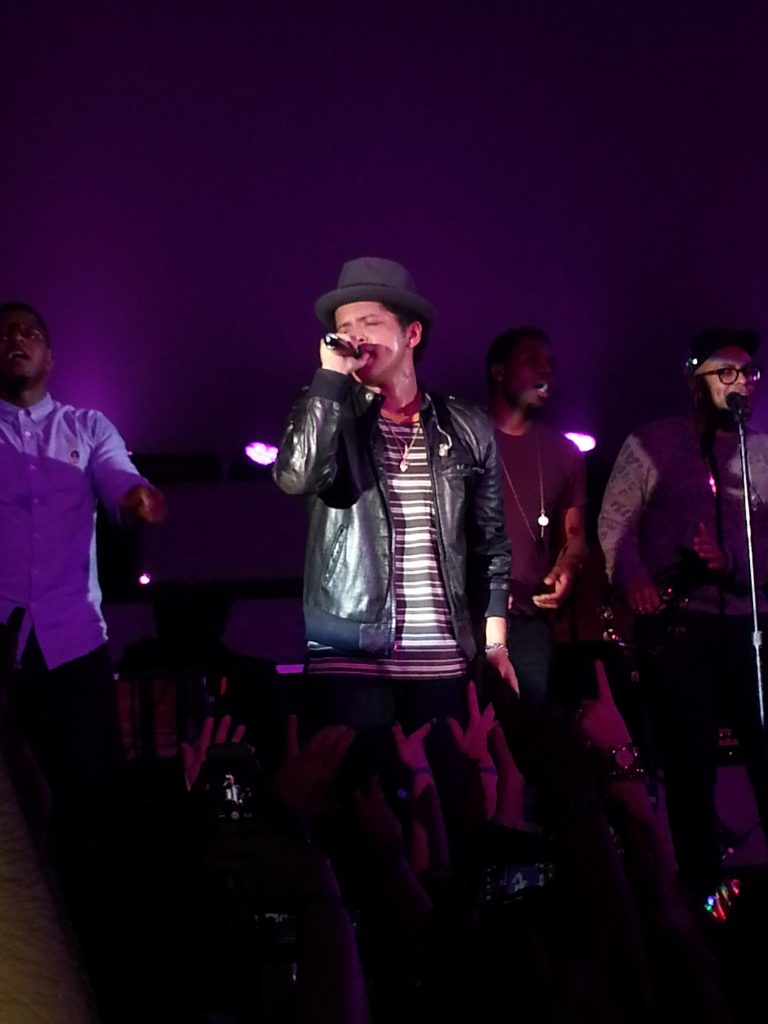 The atmosphere was crazy and everyone waited patiently or rather impatiently for him to come out which was around the 11:00 PM hour. This was my first time seeing him perform and I’d say I was impressed. He had the live band going and amping the crowd as he went thru hits off both albums “Doo Wops and Hooligans” and his 2nd album “Unorthodox Jukebox”.

Cool showing of Samsung’s latest devices and a neat way to present them to the public. Bruno Mars ripped it for the evening too.

Anyone going to make some changes to their phone lifestyle and pickup the Samsung Galaxy S4 or even the Note 8.0? Don’t forget to look out for our reviews coming soon!