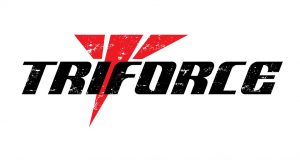 Darksider fans if you were wondering when a company was going to make memorabilia for you’re favorite game the wait is over.

Triforce the makers of Gears of War 2 and 3, Mass Effect 3 and Batman Arkham City statues announced today the first items from its Darksiders II collection.

Main protagonist Death and his companion Dust have been recreated a Premier Scale Statue in both a standard edition and exclusive “End of Days” Edition. In addition to the statues a full 1:1 scale version of Death’s scythe is available at www.projecttriforce.com.

DEATH & DUST PREMIER: Like his fellow Horsemen, Death is of a race known as Nephilim – among the most powerful beings in the Universe. When Mankind was given the prize of Eden, Absalom – leader of the Nephilim – led his armies against Heaven and Hell in an attempt to steal it back. For this crime, the Charred Council condemned the Nephilim to destruction.

The Four Horsemen of the Apocalypse were granted a reprieve from this fate on the condition they aid the Council’s victory over their kin. The Horsemen accepted, but it was Death who bore the greatest burden of guilt for the near extinction of his race. Donning his iconic mask to represent his role as executioner on the day he slaughtered his brethren, he has not removed it since.

DEATH SCYTHE FULL SCALE REPLICA: The Pale Riders primary weapons are his twin scythe, which he wields with practiced lethality. His ability to dispense mayhem with these trademark tools is unparalleled! The Scythes have the advantage of being quick to wield and devastating to ones enemies

“We are all fans of the Darksiders universe brought to life by Vigil and THQ. It was a great challenge for us to tackle the art style created by Joe Madureira when working on the Death statue,” said Drew Seldin of TriForce. “From a sheer scale point of view the Death Scythe replica is by far our most ambitious mass produced piece we have ever worked on.”