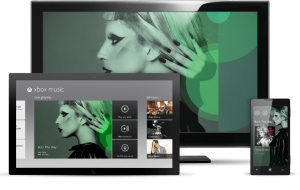 Xbox Music is heading to a console near you today. Those who own an Xbox 360 console will have first dibs on the music service.

What is Xbox Music Service?

It’s a Pandora-ish/Spotify-ish type service that will allow you to stream music. With an Xbox Music Pass (previously Zune pass) Xbox Live membership, and a monthly fee of $9.99 or an annual fee of $99.90 users will have access to Xbox music’s 30 million song database (18 million in the United States). Similar to many streaming services (Spotify, Netflix) you can try out the premium service for thirty days.

In time with the Windows 8 launch, Windows 8 PCs and tablets will have access to the Xbox Music service as well. You can stream, download, your songs and playlists. You can of course download content to listen to offline. 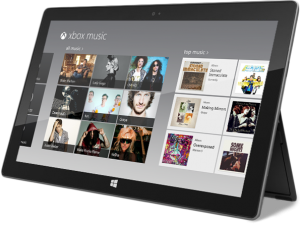 Xbox promises a beautiful UI making it easy to navigate. The Metro UI promises for easy tracking and organizing of music. Xbox Music also promises so much content that you can listen to music for 80 years and not listen to the same song twice. Now that’s a lot of music!

With features such as Smart DJ; you can discover new music easily. I mean, you should get your money’s worth right? Smart radio stations are based on a song or genre you listened to. You can also stream your music across devices with the offered cloud service. Everything is synced with your Microsoft login information. So the content from your Xbox Music Pass goes across PC’s, tablets and your Xbox 360. So if you’re listening to music on your 360 and are leaving the house; you can pause it on your 360 and continue playing it on your Windows 8 tablet or phone.

Xbox Music Pass will replace Windows Media Player and Zune. It will be heading to Windows 8 tablets and PCs on October 26th. Do you think it will give Spotify competition? I will be trying out the service soon enough. Do you think those loyal to the Xbox are more inclined to try this service? I must admit the idea of streaming through devices is cool.