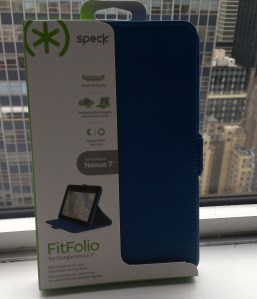 Since I picked up Google’s Nexus 7 tablet, I have been on the hunt for someone way to protect it. This couldn’t be just any ole case, it had to be a stylish one! And not only stylish, but it has to look good, protect my Nexus 7, and afford me the same luxuries that iPad cases users had. This meant the ever important fold the case to prop up the Nexus for viewing use, and if possible the bonus of a Sleep/Wake function. You would be surprised how hard it was to find one.

Sure there are crops of cases out now or maybe on the way, but the selection of premium cases has been slim to none in my option. And if that isn’t the case, please let me know in the comments below. Sure we had the Google provided case that I could of brought, but honestly that one was just ugly to me. Which is why I was excited to talk to Speck at a Pepcom event recently and hear that they was going to come out with a case for the Nexus 7. I was amped to say the least. Speck is a company we have talked about here at G Style, as they made really good cases and accessories for devices. I haven’t liked them too much as I felt a lot of their products now a days is gear mainly on Apple products, with not enough Android device love (seriously how many Apple iPhone cases can you have in the line up…). So I was more than happy to look at one for the new Nexus 7. 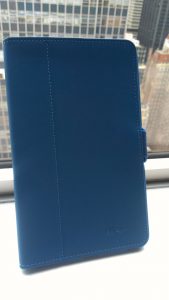 The Speck FitFolio case isn’t a line specific to the Nexus 7, but a part of a line they have with iPad already. The FitFolio is slim, light weight, and hugged my Nexus 7 like a long distance family member back for a reunion. This was a requirement I needed, I couldn’t deal with a case that would add too much bulk to my slim device, and the FitFolio does a good job of this.

Besides being slim, it had to look good and the FitFolio is that. While it doesn’t come in as many colors as say it’s iPad rival, I’m hoping they will expand this line up. Currently the Nexus 7 comes in Black, Coral (Pink), and Habor (Blue). All have this nice leather feel to it on the front and majority of the back. There is a smooth feel when you touch the back outline as it is a plastic hard-shell texture.

Using the FitFolio offers everything I would expect for this type of case and looks good doing it. You can open the case and then position for viewing in two ways, and both is very easy to do. There is also a clip that holds the case closed and secure or can be used to hold the flap in place when you are using it to read. The kicker and the bonus is there is a Sleep/Wake feature with this case. The FitFolio comes with an integrated magnet that take advantage of this function the Nexus 7 has. 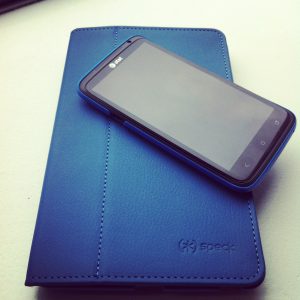 The Speck FitFolio for Nexus 7 will run you $34.95 which is the usual price point now a days, and you can order from speckproducts.com. Would I recommend this case for your beloved Nexus 7, hell yea! I rocking it proudly on mines right now, which matches nicely with my HTC One X phones with blue case All Blue Everything!

And just because I know how slim the selection is right now for us Nexus 7 lovers, be sure to check the site on Monday as we’ll give one away in Black, so your Nexus 7 can look good and be protected!

Upgrade Your Workout With the BlazePod Reflex Training System [Review]

Make no mistake, I am not the fitness expert around G Style Magazine. While I understand the...
Read more
Digital Photography

While the pandemic appears to have slowed the production and announcement of some manufacturers' product timelines, Sigma is forging ahead with the...
Read more