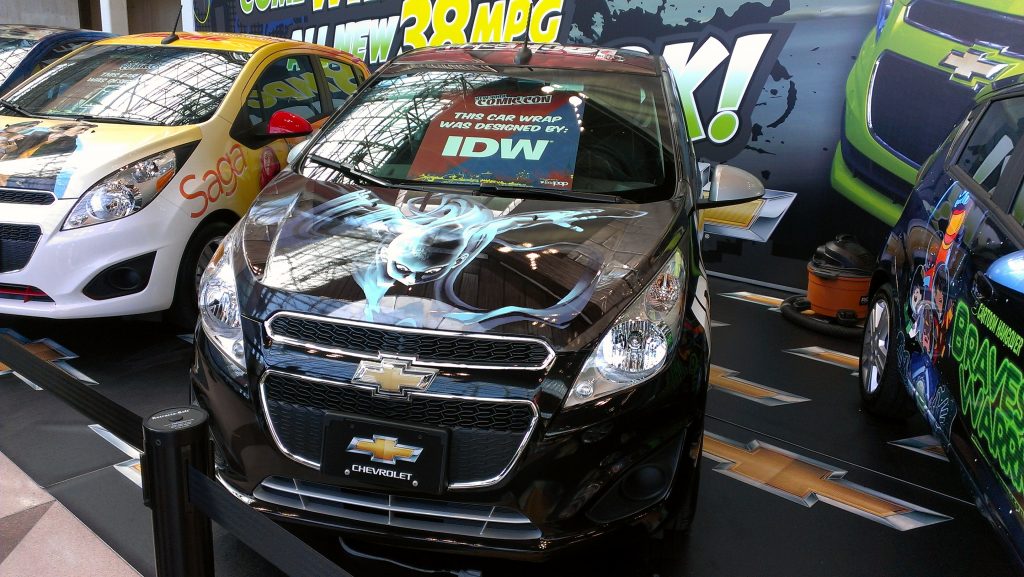 I’ll admit that I don’t know much about the yearly Comic Con convention held in New York’s Jacob Javis Center; but from what I do know this is the perfect time for people to don customs and attire with many others who share the culture. Also from I do know, I wouldn’t think typically you would see a car company during this convention. Chevrolet though in its 2nd year doing so, took some of its vehicles and dressed them up for the convention.

This year Chevrolet had 5 Chevy Sparks front and center at Comic Con, with 4 of them in costume. Chevrolet worked with Comic Con and had their 4 Sparks wrapped by four different comic book publishers. These publishers were 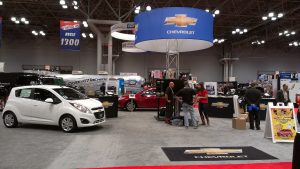 In addition to the 4 wrapped cars, Chevrolet had a presence inside with a nice line up of their vehicles available for convention attendees to have a sit in and look at. Also present was I hear an 8 foot transformed version of the Transformer Bubble Bee (he wasn’t there during my time, wish I could of seen him!). If you are attending New York Comic Con today or this weekend, be sure to check it out. I hear one attendee will even be able to win one!

The Chevy Spark is Chevrolet’s first mini car for the US market (although one reader of our site mentioned the past Chevy Metro). We first had a look at it during a Chevy Spark event in New York City, and we are looking to schedule a full review for it soon!