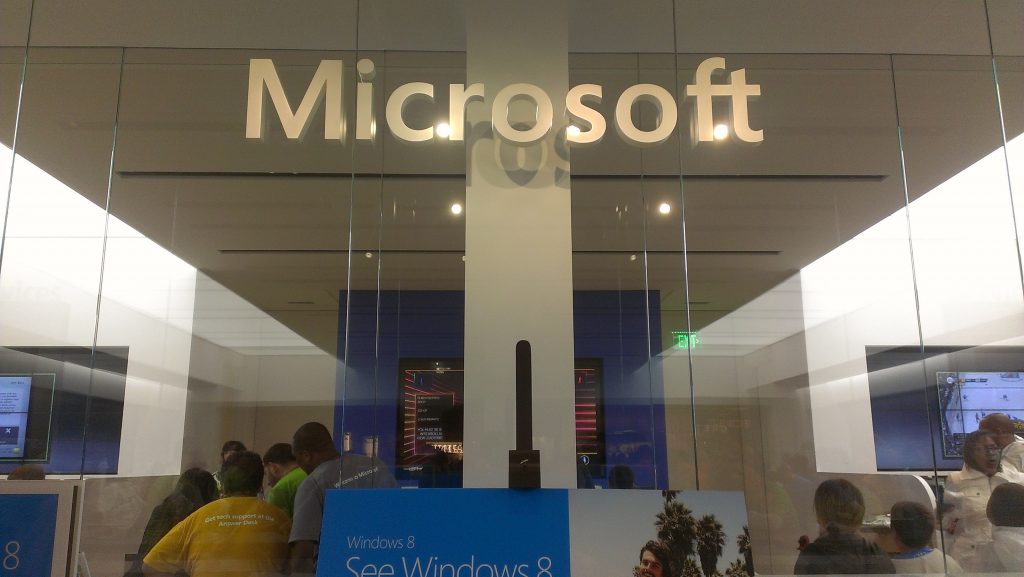 This past weekend Microsoft opened two new retail stores in Westchester, NY and Long Island, NY and did some in spectacular fashion. We stopped by the Long Island store which is based in the Walt Whitman Mall. The store at first glance looks very similar to the look and feel of its neighboring Apple store which is two stores down from it. When I inquired about that, I was led to believe this was intentional. One thing I can say about it though, while I love the color Blue, I’m feeling the Microsoft more since there is a mix of colors (Red, Blue, Green, and Yellow I noticed).

The store opened up at 11am, but we didn’t get there until 5pm. We heard there was plenty of giveaways and promotional items to kick off the launch of the new stores. When we arrived around 5pm, the store was still bustling with plenty of people and excitement. We toured the store and received a few demos of some cool Microsoft products. This included a look at Windows 8 on a nice looking Samsung tablet.

To kick off the evening Microsoft brought out Taio Cruz and John Legend to a stage set up in the back parking lot. Taio Cruz opened the concert and did a great job entertaining the gathered crowd. He ran through a few of his hits and a new one. After his performance and during the set up of the set for John Legend, weather it seems wasn’t on Microsoft side. While the crowd stood their ground as it started raining, once lightening struck, they called the show because of safety concerns. John Legend however wouldn’t be stopped. 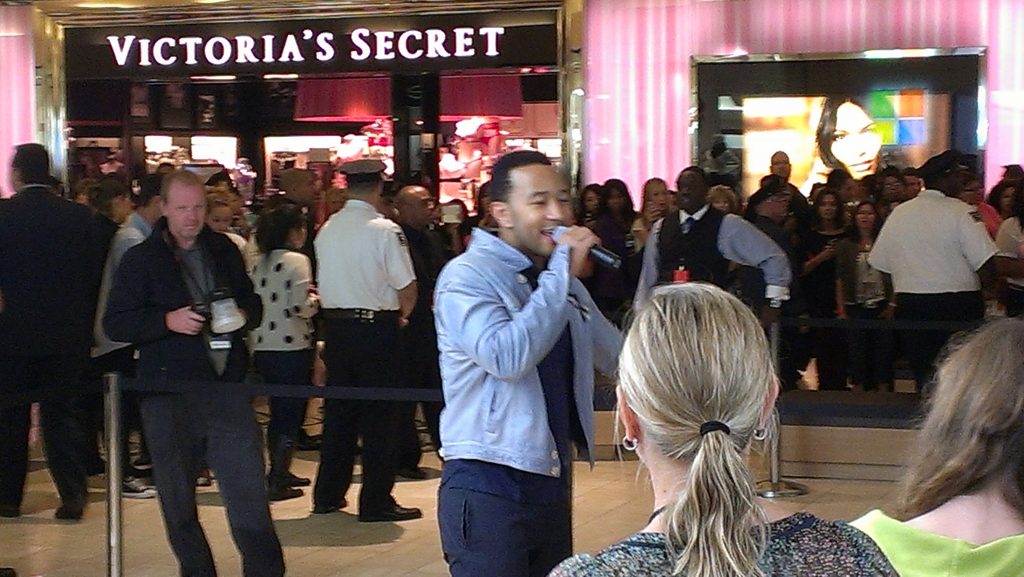 After many of the disappointed crowd headed back to the Mall and back into the Microsoft store, John Legend decide he would give the crowd something directly within the store. I’m told John Legend was said to say even though it was a free concert, he wouldn’t disappoint fans because of the weather. After a brief setup inside of the store, he performed three of his songs for the excited crowd. After he signed autographs and took pictures with fans.

All in all, this was a win for Microsoft. Weather be damned, Microsoft had a successful store opening and with it seems to have brought much attention to the store and itself. Do I dare to say Microsoft is cool? On this day it was! Have a look below for some light pictures and video from the event.