Assassinâ€™s Creed Revelations is the fourth installment immensely popular video game franchise; this game presents the most immersive experience available in the series to date of Ezioâ€™s adventure.

In Assassinâ€™s Creed Revelations, master assassin Ezio Auditore walks in the footsteps of his legendary mentor, AltaÃ¯r, on a journey of discovery and revelation. It is a perilous path one that will take Ezio to Constantinople, the heart of the Ottoman Empire, where a growing army of Templars threatens to destabilize the region. In addition to Ezioâ€™s award-winning story, the acclaimed online multiplayer experience returns, refined and expanded, with more modes, more maps and more characters that allow players to test their assassin skills against others from around the world.

You also have online multiplayer mode, this time the online experience is more refined and expanded, more modes, more maps and more characters that allow players to test their assassin skills against others from around the world.

Hone the deadly art of assassination â€“ As Ezio Auditore, wield the lethal skills of a wiser, more efficient assassin. Armed with a new arsenal of weapons and abilities including the hookblade, bomb crafting and a heightened Eagle Sense, you can kill with death-dealing proficiency.

Journey to the Constantinople â€“Explore picturesque settings, from Masyaf, the mountain stronghold of the Assassins during the Third Crusade to the vibrant and exotic Constantinople, the jewel of the Ottoman Empire in the 16th Century. Navigate crowded streets and vistas, through a cauldron of cultures as Constantinople comes to life.

Meet new players to the Assassins Creed lore â€“Encounter memorable personalities, including fellow master assassin Yusuf Tazim, Prince Suleiman, destined to become one of the greatest monarchs in history, and Sofia Sorto, a simple woman who vies for Ezioâ€™s heart.

Test your skills as an assassin against your friends â€“ the acclaimed online multiplayer experience returns, refined and expanded with more modes, more enthralling maps and new characters.

The Creative Director at Ubisoft Montreal Alexandre Amancio said â€œDelivering the final chapter of the Ezio trilogy is an important milestone in the Assassinâ€™s Creed franchise for us and for our fans,â€ 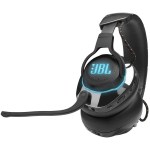