Since this month is the 6th anniversay of G Style Magazine, we thought we’d take a look back at some of the devices that was cool back then, but now you should be tar and feathered if your still using them in 2011. First off we head back to October 2007 to see what we thought was cool then. There are no look backs from 2006 and 2005, as when we first started G Style we was an all HTML based website and not running on the WordPress platform we are on today.

Was you a Palm fan? Some of us still area with the tons of people who quickly purchased that HP Touchpad on fire sale. Before the Palm Pre debuted, the Palm Centro was the device to get from Palm. This was the last device really running their OS before they came out with WebOS. If you are still rocking this now, you can’t even get a new Palm device, so that just shows you how uncool you must look out in public! Upgrade now!

I recently move from the Blackberry to Android, but back in the day boy was I a RIM fanboy. I converted many of my friends and family to Blackberry and one of my favorite models was the Blackberry Curve 8300 series. It was small, powerful, and got the job done. But now….if I see you on the streets of NYC and this is your preferred model of smartphone, don’t be surprise if you see me walk pass you as if I don’t know you!

Ahh 2008, it was the birth of Android, this is the debut year of the T-Mobile G1 and all its Android goodness. It had a weird chin on the device, but it was still all good, the G1 was where it was at. But honestly if you are still trying to milk updates on that phone still you need to really rethink your position in life. We have the Nexus Prime, and other monster Android out now, so why are you still carrying around grandpa over there!

Yes Apple just announced that you can pick up one for free now on contract, but just because Apple has made it free, doesn’t make it still cool. The iPhone 3G got the ball rolling and has pushed us to the current (though underwhelming) iPhone 4S. But the ball has rolled out now, so if we catch you with an iPhone 3G, expect to get clowned. If your friends love you, they will clown you too, in hopes this will correct your misstep and get you to get current.

The same goes for any of you who are still rocking an iPod Nano 4th generation. I’ve seen some of you still messing when that clickwheel. Really?! And you trying to play solitaire on that small screen?? If you don’t march yourself over to the nearest Apple store and get yourself a iPod Touch, I’m personally sending Steve Jobs to your door!

Still rocking that orginial Motorola DROID huh? You know they are up to the DROID 3, and even have an R2-D2 version of that phone right….Seriously your starting to crimp my style if your still walking around with last years model. Upgrade your life please!

And the same goes for you people who might still have the nerve to be rocking that HTC Hero phone, yea you know the one… I’m sorry to say, but it is all over. Palm had a good run and the Palm Pre gave us our first look at the impressive WebOS. But that was the days. If you can get yourself one of those UK versions of the Palm Pre go for it, but please put that Palm Pre down. No one cares if you that you were a WebOs rider from the beginning, it is over. Same goes for any Palm Pre Plus owners as well, becauses honestly it is all negative now…

I’m not going to say anything to anyone with something from 2010. But your time is coming up, be sure to stay current my friends!

Well that is our brief look back from the Octobers of years past, what about you. Think you have some TechSnob in you? Then hit the comments and list some stuff that people shouldn’t still be using in 2011. The best answer may just win a prize! 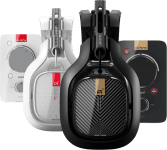