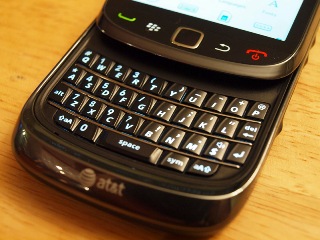 Anyone who know me well, knows I’m a die hard Blackberry user. I love my BB. I have been using one on the regular since the 8700c & have been content. It wasn’t until recently that I’ve start to get bored with Blackberry.

Now when I say bored, I’m talking about visual flare. At the core “getting things done” level, I love my Blackberry. It does what I need it to do & it does it well. It is just in the age of touchscreen phones like the iPhone 4, Android devices, and Palm I’ve become envious. I’m not an iPhone fan, but I do like the swiping of the touchscreen. I like Android with the swiping and Widgets. I like Palm’s multi-card approach of doing things. Blackberry has been the same with no change, and that started getting boring.

I’ve said my ideal Blackberry would be the 9700 form factor, with a physical keyboard, but instead of a regular screen, the screen would be touch. When the Bold 9000 and then 9700 first came out, the screen looked so good people thought they could touch it. So there you go RIM, make that part a touch screen. Sure you can stretch the form out some to maybe have a bigger screen, but that is what I wanted. 9700 and just swap out the screen and put in a touch one.

Then the Blackberry Torch came. It was almost as if RIM read my mind, as if they pulled a play from the movie Inception & stole the idea….almost. The Torch gave me my physical keyboard, it gave me the touchscreen, hell it even threw in the trackpad still. But it was a Slider… 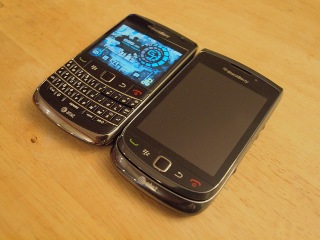 The Torch was a Slider phone. This meant I had to push up to type on the physical keyboard. If I wanted to just leave the slider up all the time to have access to the keyboard, it was now too tall with one hand to select something at the top of the screen. This made it awkward, and an extra step if I wanted to do something. This might sound minor to you, but this added an extra step to my well oiled work flow.

Blackberry 6 is great, and I can’t wait for it to become available for my 9700. I will upgrade my OS promptly! I do think it is a look busy as I mentioned in my Torch full review, but overall I like it. I just wish my 9700 had a touch screen. RIM if your reading this, it time for another Inception move, and make this happen!