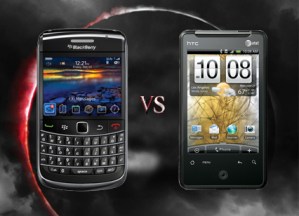 So the first week was just getting use to Android. Getting use to the HTC Aria was easy, as the hardware is something I’m familiar with, Android on the other hand was a little challenging.

I’ve used Android devices before, but usually just during reviews for the magazine. This time I was customizing it for my own personal long time use. The very first thing I learned is an Android device isn’t really built for multiple Google accounts. If you just have one Google account, you sign in with that and your all set. Email, Maps, Latitude, GTalk, Calendar, all syncs and work perfect. What I didn’t know is, if you use multiple accounts only one seems to be able to be your primary for everything. I found it very difficult to use one Google account for saying email, calendar, and then another for GTalk and maybe Latitude, that just wasn’t happening. Maybe there is a way to do this and I’m just doing it wrong, but I found this to be annoying. So I had to do instead if try to migrate those accounts to just one now, which I’m not liking. On my Blackberry I could use one account to sync my Calendar/Contacts, another for GTalk, and another for Google Voice using various apps with no problem.

Other than this issue, getting use to Android was very easy and again since the hardware I was familiar with as well as HTC’s SenseUI, my intro period was smooth. In the next installment I’ll go into what I did the next week, and I’ll give you an idea with one word; Rooting….