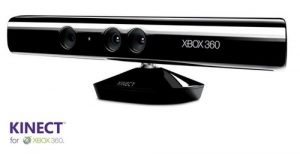 Ok so we all know that the new Xbox 360 has been confirmed and that it will support a feature named “Kinect”. Now in my previous post about the 360, I mentioned that it was in fact a camera add on. It plugs in via usb to the 360 and features infrared tracking. What this means it that it will be able to track movement better than your average webcam. The Kinect comes with a built in microphone so you can talk to the 360. I wonder if I could tell it to turn off just by saying it. Hopefully commands like this will be there on release date. It features full RGB color and will even recognize your face to log you in. What happens if you move a bit? It will track your face because its fully motorized!