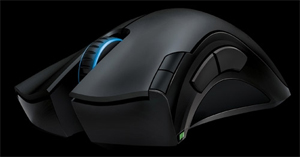 Now the gaming community out there has definitely heard of the brand Razer. They produce keyboards, mice, mice surface, headphones, etc all the gaming standards. However with the launch of the brand new gaming mouse labeled “Mamba”, Razer brings the standard to a whole new level. Now we have already covered their left handed Death Adder but the Mamba does look enticing doesn’t it? This mouse features all the things you would expect from a gaming grade mouse such as switchable DPI settings, extra thumb buttons, and a fast polling rate.

However aside from all the other features, the one thing that really stands out is that this mouse can be used wired and wireless! If you’re playing wireless and then suddenly run out of batteries, simply attach the USB charging cable which transforms it into a wired mouse. Another cool feature that comes with the Mamba is its own charging dock. It does light up and all the fancy stuff but it also doubles as the wireless receiver for the mouse.

“The Razer Mamba features gaming grade wireless technology with a hybrid system that enables instant wired/wireless functionality. Coupled with an industry leading 1ms polling rate, it is the fastest performing mouse both on and off the cord. Delivering true wireless freedom, lag-free speed and ergonomic comfort, the Razer Mamba is in a league of its own.” 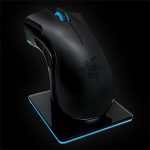 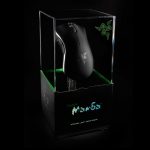 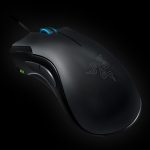 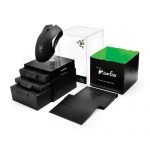