There is a new leak of the yet-to-be released Official BlackBerry Twitter App and its now up to version 1.0.0.37. You can check out out original post here for the features already known about.Â  This post is just for new items found so far in the new version. This version sees some improvements in speed while also adding a new auto refresh feature. Alone with that comes support for Twitter Lists. 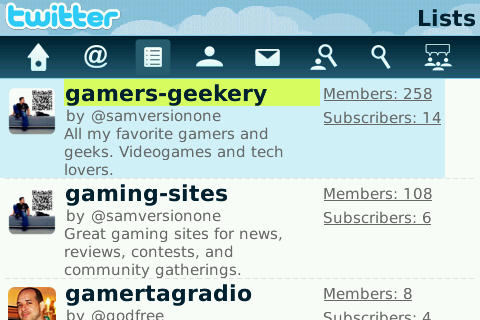 As you can see here, there is a new tab icon above for Lists. The makes the top navigation bar slightly more crowded now but it does add a fairly new function that some of the older Twitter apps still do not have. Your lists seem to be in alphabetical order and does show hoe many members are in each list and how many are subscribed to your lists. 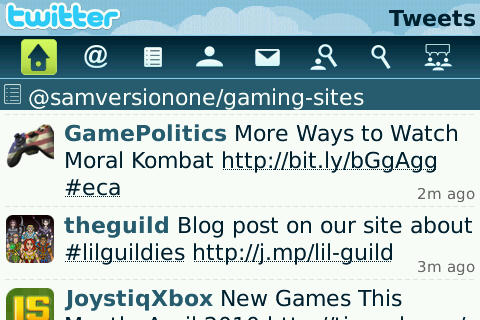 Clicking a list brings up a screen similar to the normal timeline status screen except its only populated by those that are in the list. Very handy if you need to only view specific people and not all the noise that appears if you follow so many. 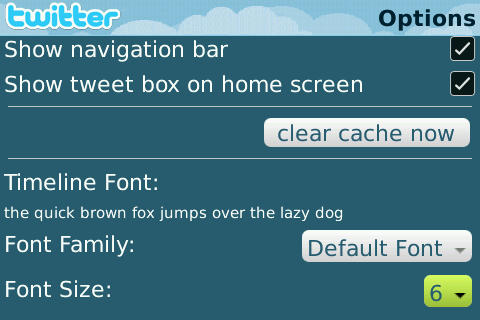 There are some new entries in the options menu now. As you can see, there is a new “Show navigation bar” and “Show tweet box on home screen” items. At first, I thought this was to add something like a shortcut to your actual BlackBerry home screen, but no. that is not the case. What it does do instead is either show or remove the actual navigation menu and the tweet box from the home screen of the Twitter app. This gives you more space to see the timeline with. You can also see from the above that you can now change the default font used and the size of the font used in the timeline. This was a major option I wished Rimm had included in the last build and I’m glad that they added it to this one.

That’s pretty much it on what I noticed new about the app. If I see anything else, I’ll update this post.

UPDATE (04.12.10) – I just noticed something in this app that I had not noticed before and though it was a pretty neat feature that I must have missed. 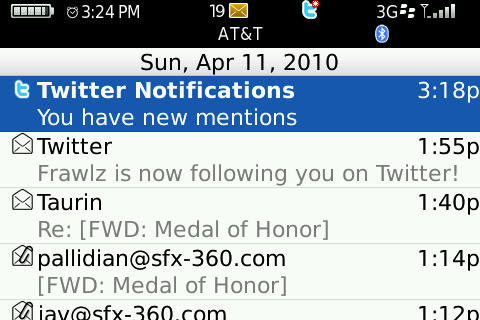 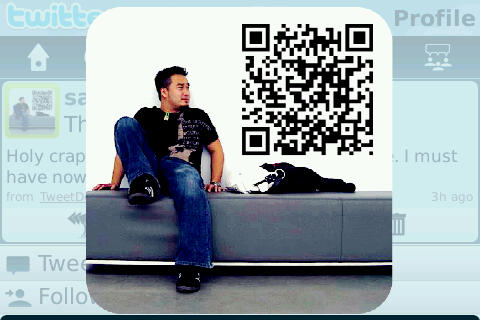 Another function that I seemed to have missed is the fact that you can actually see an enlarged image of a person’s profile image. This is something that is seen in ubertwitter but not on any other twitter app out there. I only came across this by accident when i noticed that you could hover over someones profile image and click it.

These 2 functions alone have caused me to temporarily switch from using SocialScope to the official BlackBerry Twitter app. At least for this week.