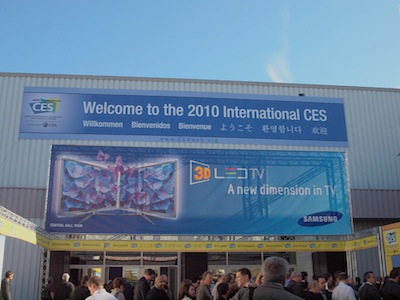 There was a ton of cool stuff to check out at CES and while we won’t cover everything, since we only want to bring you the most stylish stuff, it is definitely fun walking about convention center! We arrived around 10:30am and started off in the Central Hall. Walking around through CES is very tiring! By 2:00pm we was already tired lol. We had a meeting with Sonos and checked out a one on one demo with their Sonos S5 and iPhone/iTouch app. Then later on we checked out the Victorinox Swiss Army VIP press event. 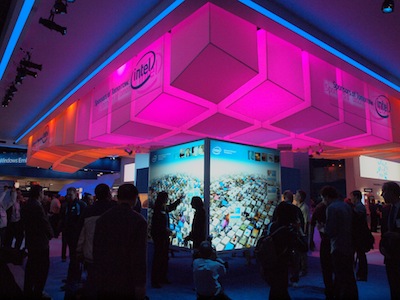 Some of the cool stuff upon arriving was the Microsoft and Intel booth. Now when we say cool stuff, we mean the set up and visual effects they had going around. This was pretty much the only thing really exciting about those areas. Also on the floor was the Power Mate which was very hard to get to because it stayed crowded all day. Then we popped over to the Motorola booth and checked out their new Motorola Backflip, which we’ll talk about in another post. There was also the headphones by Wicked headphones. If you are in the market for a new pair of headphones, be sure to check out our write up that.