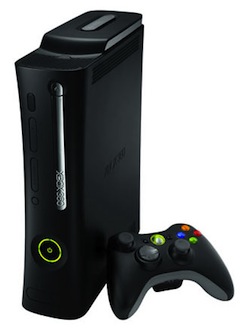 Does your loved one like to game but for some reason doesn’t have a Xbox 360, well now would be the perfect time to get one for them. The Xbox 360 I believe is one of the hottest gaming consoles this year is worth every bit of it’s price. The Xbox 360 120GB is $299.99 this year with prices cuts from Microsoft. You can play games, play online with friends, view a vast array of online streaming media, and is Netflix capable. It also can play DVDs. With the Xbox 360 though, you will need to purchase an additional subscription to really get the most out of the machine. Xbox Live is roughly about $59 a year now, however it is possible to find it for around $39 online if you look around. Check out this snapshot of the system.

If your loved one is really into gaming, and he/she doesn’t yet have one, this is the system to get this year!