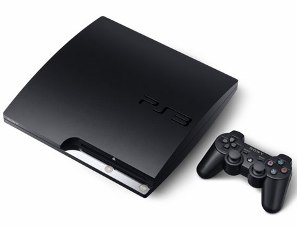 The holidays are fast approaching and one of the hottest gift ideas are still video game related. As you know, 2009 hasnâ€™t been the greatest in terms of the economy but luckily, this year we saw all the major video game consoles drop in price. Microsoft, Sony and Nintendo all dropped the prices of their gaming consoles on average between $50-100. The prices of these consoles have now reached a point where they are now within reach of most peopleâ€™s budgets. First up to bat would be the Sony PS3 Slim. Why should you get it?

First off is the price which is $299.99. The Sony PS3 Slim can can play games solo and online with friends. It has a vast array of online streaming media. Netflix capable. It can play DVDâ€™s, and Blu Ray Disc. Then there is the Sony Playstation Network which is free for now but there are rumblings about a new premium pay service in the future. And last, there are a huge library of A+ games from both first party and third party developers. When it comes to games, there is no shortage of it on the PS3. So here is a snapshot of features:

Check out more at www.us.playstation.com