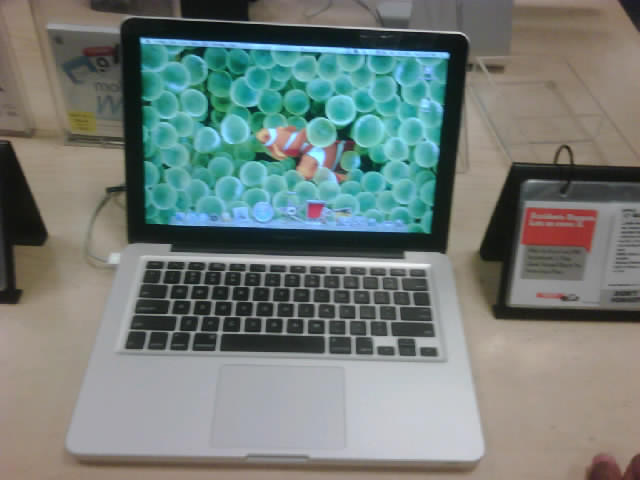 So it has been a long since we have done a LifeStyle piece here at G Style Magazine, but this will be a good one! You see it is about the time where I will need to be getting a new laptop. And for the first time in my life I’m thinking about a Apple! This may be a 3 part piece. In this one, it will be the before I get it (if I do get it).

I have been a die hard Windows user since my intro to it. My first real active use was with Windows 95 (though I used to play on PCs that had earlier versions) and since that time I have been a Windows user. Yes I have had access to Mac machines and even had one at my desk at one of my former jobs (though I never used it), but just never got into the Apple lifestyle. Flash forward to today and I’m still in that situation.

There is no denying that Apple products do have G Style. They are slick, stylish, trendy, and fashionable, all of the elements that make them G Style worthy. Yet I have always avoided Macs, Macbooks, iMacs, iPods, and iPhone because they were too popular. More so with the iPod and now iPhone, they were everywhere and I just didn’t want something everyone else had. Yes with PCs Windows is the common OS, but I had choices in the type of machine, look, style I wanted since Windows based machines were made by many makers.

When it came to a Mac though, there was one look, style, machine per model they made. And though that one look/style was hot, it was only one. Then there was some other issues as well. While most of these aren’t a issue now, back then there was the fact that I wouldn’t be able to use popular Windows software anymore. The biggest of these was not being able to use Blackberry Desktop Manager. I’m a heavy Blackberry user (shoot this post is being typed on it) and I sync my phone regularly with it, so that I’m all backed up. So not being able to use that was a major factor in my avoidance of Mac.
But now there is Bootcamp, Parallels, VMware Fusion, so I can have a Mac and still use Windows. And now there is word that they will be releasing Blackberry Desktop Manager for the Mac, so I will be able to sync my Blackberry with the Mac if I got it. So with perfect timing many of my major issues aren’t problems anymore.

Then there is the style aspect. The 13″ Macbook Pro is definitely sexy, and beyond the sexy it has the power I need to do some of the things I’m doing now. You know for creative type or types that do a lot of video editing, they say do that on a Mac. This is a fact that I have long been in denial about. I mean you can do this on a Windows machine, but at the same time believe it can be done better on a Mac.

So what do you think? Should I get the 13″ MBP? Or should I get a new Windows based laptop. I would really love to hear your opinions from both sides of the fence, as this is a real decision and I’m crowd sourcing :) the next part of this piece will come next week. It will either be about me getting the MBP and first impressions or about me getting a Windows based machine and why I stuck with Microsoft, stay tuned!