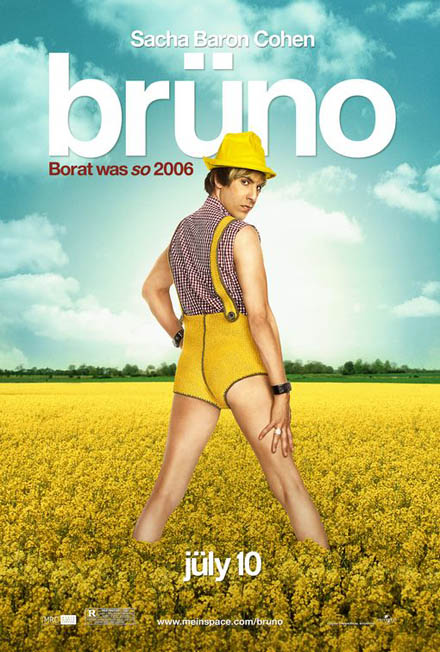 Sacha Baron Cohen is at it again in his new movie Bruno. The movie revolves around the title character Bruno who is a top rated fashion expert on his own late talk show. After getting banned from his show, Bruno ventures to the USA to take the fashion world by storm and become a huge star.

Now for the people who saw Sacha portray â€œBoratâ€ in his last film you are fully aware of the high jinks he does in his films. In the first one he explored racism issues in America. In this one he goes deeper into the mind of Americans, by targeting their homophobia habits. There were a lot of really edgy scenes in the movie as Sacha plays up peopleâ€™s opinions about gays. The movie was shocking, outrageous, and crude but all the time hilarious with footage that only Sacha could have pulled off. The funniest parts were the peopleâ€™s reactions to the outlandish behavior that is Bruno. In one scene Bruno premieres a pilot for a show he is developing and shows it to a focus group. The group is so thrown back at the audacity of what they are asked to watch that some of them just simply get up and walk out in disgust. 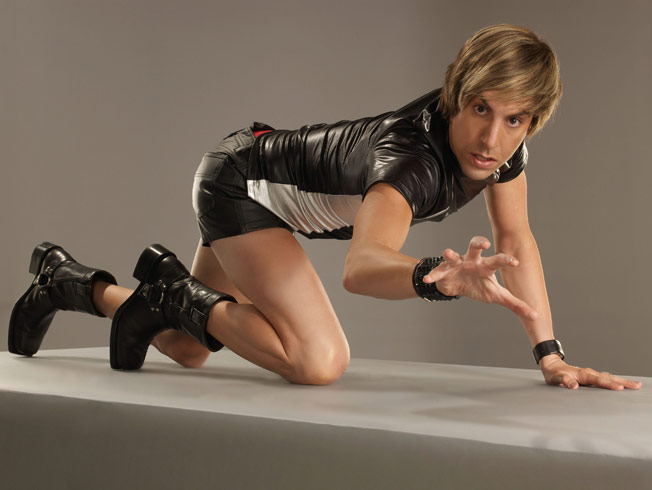 Sacha has such a keen sense of the issues of the world and he throws them right in your face and waits for your reactions. I gave this movie 3 catwalk out of 4. Itâ€™s amazing how he finds these dim witted people who are still making up a vast number of the population in the world. The movie is rated R for pervasive strong and crude sexual content, graphic nudity and language. Its running time is 1hr and 22mins. It was written by Sacha Baron Cohen, Art Hines, Jeff Schaffer, and Anthony Hines. It was directed by Larry Charles. It was produced by Media Rights Capital, Four by Two, Everyman Pictures. It was distributed by Universal Pictures.

Reviewed by Eric Williams
When you run up against ignorance & bias, just move back and laugh. Ezo
Next Weekâ€™s review: TBD