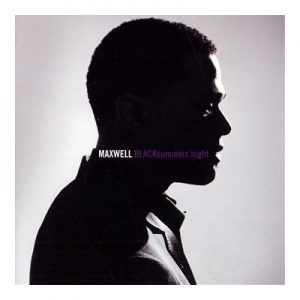 With most artists it’s usually out of sight out of mind when it comes to their audience. Maxwell has been out of sight for a number of years but never out of mind and with the release of this new album you may ask yourself what you’ve been listening to in his absence. This album only has 9 tracks but it’s supposed to be the first of three albums set to be released this year.

The first song on this album that I find myself playing obsessively on repeat is Bad Habits. “Make me crazy, donâ€™t speak no sound, I want you to prove it to me in the nude, Addicted to the way you move” and thats just how the song starts off. There is also his current single Pretty Wings which is classic Maxwell. A couple of other songs I am feeling are Stop the World and Phoenix Rising,which is instrumental, I can’t even describe how these songs make me feel. I am not by any means a romantic person but this album made me want to rush home, cook dinner and light some candles and maybe work on baby #2.

This album may be short but it’s very effective. It makes you want to fall in love. With all the unfortunate things going on in the world as of late this album is a nice escape to intimacy. I give this album two snaps and a twist it is a definite must have in your music collection. If you are a Maxwell fan or you just love great music you will not be disappointed.