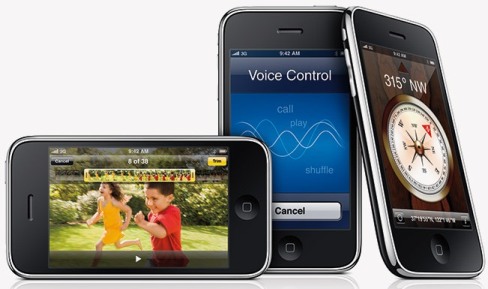 Yea that’s all we are going to say about it. Ok sure if he a couple new features, none that are earth shattering though (though the ability to edit a video on the phone is cool!). And on top of that it is dressed the same as the iPhone 3G. Since we consider ourselves a fashionable tech magazine, what kind of idea is that. Since when is it acceptable to show up to the fashion show and show off the same exactly fashion line as last season? Since when is repeating the same outfit you wore last year celebrated?

At the very least, you could of thrown in a new color choice Apple. Can we get more than Black or White? Sure we could bring our phone to Colorware and let them do it for us, but come on. Charging the same price for the exact same phone, look and all and then adding only a few new features. Especially one that should of been in there since the original! Shameful if you ask us!