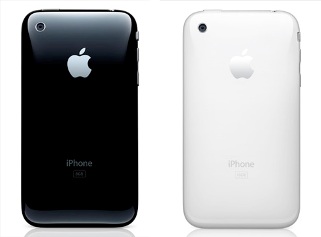 Check it out folks, you are looking at the brand new iPhone 3GS that is coming out on June 19th! The price is $199.99 for the 16th GB, and $299.99 for the 32GB. Both models will come in either Black or White. And this new model will be much faster than the previous version. Keep reading to see what is much faster!

Before we get into is faster on this one, we have to note this, but to us the iPhone is losing style points! This is the 3rd generation of this phone, and the only major change made to this phone on the the casing from metal looking, to glossy black/white. Other than that this is the same phone we have been looking at since it first came out and now, quite frankly it is getting boring! Yes the iPhone is (was maybe now) the fashion icon, but how many “seasons” can it get by showing us the same exact outfit before we decide it isn’t as sexy anymore and we’ve been there done that? 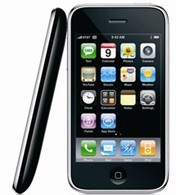 But on the inside it has quite a few changes. the obvious one being the 16GB & 32GB storage space. Also there is a faster processor, a 7.2Mbps HSDPA-compatible radio, 3.0MP camera (that can now do video recording), a Compass, Cut & Paste, MMS, and longer battery time. So for those waiting to get the iPhone, then this is the version you need to get. If you already have one, is this enough of a reason to upgrade from the regular 3G?

But wait there is more! And probably the most interesting news, is that Apple is keep around the regular iPhone 3G and the price of that phone has dropped to $99 dollars! Now that is some news! So the question remains now, is the iPhone 3G for $99 a better deal or will you opt for the $199/$299 S version model? Sound off!