There is no hiding it, the market for mobile radio or streaming radio is becoming a big thing, and I can see it being big for this year. So who is the the King of mobile radio? And who would be the best per platform? To find this out, we had a look at a couple of different of mobile radio apps for the Blackbery, iPhone, and the G1. We have let off Palm & Windows Mobile devices and focused on the Big 3 for now. It should be noted that all the apps we will be mentioning is free, cause though people will pay for a good app, everyone will love a good app that is free as well lol. 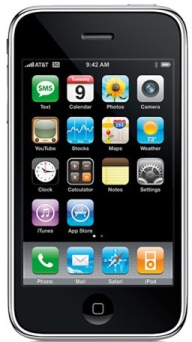 First off like start with the iPhone. When looking through the App Store there are tons of items with the term Radio on them, but we’ll stick with the most popular. These would be Pandora, FlyCast, and Last.fm. Now while there are tons more, we feel these represent the cream of the crop for the free apps. For all tests, the artist we entered to create a channel was Ryan Leslie (www.ryanleslie.com) as we like his music and was interested in what related artists would pop up in the channel.

First to kick off the tour was Last.fm. I must first say that I hate having to sign up to listen, would love to just have launched and listened. With Last.fm the sign up process wasn’t too hard, just a username and password, they didn’t even make you give them a email address a plus. When you start with them you can start a new channel by entering in a artist name (Ryan Leslie), and off you go. While your listening to the music you can share the current track playing with with friends you have on Last.fm or others, tag it, add it to a playlist, or buy the song on iTunes. You can also get the Artist Bio, find similar artists, events, and see top listeners. With Last.fm you better be in the mood to just listen to music and not work on other stuff while you listen, as if you close the app or hit the home button that is it, so not letting it play in the background!

Up next was FlyCast which also has a app for Blackberry and Android on the G1. Unlike Last.Fm, you can’t choose a artist and build a station off of that, with FlyCast you have genres and music based by them. Now I must admit at least for the Blackberry I had FlyCast installed and thought it was the ish! Until I got an iPhone and got to see more. First I must say that FlyCast does one thing that Last.fm and Pandora doesn’t, it allows you to play music i the background. While this is great so you can do more things at once, the way it does it is kind of sloppy. It opens up a web browser windows and runs the stream through there, creative yes, efficient no. Again I use to think FlyCast was hot until my eyes where open.

Taking the cake was Pandora! I can see why this is the prefer app for playing streaming radio on the iPhone. Again I don’t like having to sign up to listen, but you only have to do it once with Pandora. With Pandora you can build a station by entering in an artist name, song, or Composer and off you go. We chose Ryan Leslie again just to keep it consistent. The interface of Pandora has the same look and feel of the native iPod area of the iPhone, right down to the Coverflow-ish feel when you turn the iPhone. While listening you have the option to check out artist information, and while this song fit with the station. You also have the option to thumbs up or down the song. If thumbs down it will go to the next song, though you can only do this 6 times per hour I believe. Is any app you would want to use on the iPhone, Pandora would be it! Pandora however like Last.fm doesn’t like you to push it to the background and do other things, which is one negative mark on an otherwise great app.

So for the iPhone hands down the winner would be Pandora! We wish Slacker Radio was out when we did this, as they recently release their app for Blackberry and have the iPhone as coming soon. So maybe we’ll revisit this once it does come out and put it toe to toe with the iPhone champ. So for now Pandora is the King of iPhone / iPod Touch Streaming Mobile Radio! 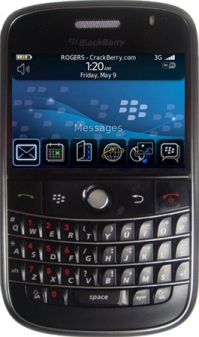 We’ll start first with FlyCast. This was the first radio streaming I had heard off and love it. If you read above, that that pretty much sums up FlyCast. However unlike the iPhone version, FlyCast on the blackberry handles playing in the background flawlessly! There was no sloppy way of opening a web browser to run the stream through there, you just hit the back button and then do whatever else you wanted to do. I have to give it kudos on that fact. Other than that we pretty much summed up FlyCast on our part with it on the iPhone.

Then you have Slacker Radio. just released released, I am going to have to call this one out as the champ for the Blackberry. Unless another streaming radio product comes out that tops this, we are going to have to call Slacker Radio for the Blackberry is what Pandora is the iPhone. From the time you launch Slacker you get the option to create a station by entering an artist name. If you don’t want to do that, you can check out the Slacker Spotlight, Top station, and then a break down by genre. When you click on a genre you get presented with thumbnails of albums that kind of represent the station. So for Old School Rap, you might see a cover an of Sugar Hill Gang album and the like. Once you select a channel you are presented with a iPod CoverFlow-ish display that shows you the shows that have played, currently playing, and what is next to play. The whole interface look very nice and well put together. To say it again, this is theme application for the Blackberry, and this takes the win in out book unless something comes out better than it!

Now for the G1 we couldn’t come down with any decidable winners are with Android being still very new, the amount of streaming radio app for it is very small. So we decided we would revisit this when there are more apps for Android. We will however mention one that we thought was worth mentioning.This would be Imeem Mobile, if you have ever used imeem.com then take that and put it to go. Imeem Mobile is great on the G1. It allows you to streaming music from your favorite artists, right on your phone, discover new artists through personalized recommendations, and buy DRM-free Amazon MP3 downloads while listening to streaming music. While we wait for more popular app to come, we have to say if you want to listen to streaming music on the G1, this is what you need to get.

But now the question remains. Who is the King of Mobile Radio? If you stack the iPhone’s Pandora, Blackberry’s Slacker Radio, and the G1’s imeem radio, who wins. As of now I’m going to have to say Blackberry is the king of mobile radio. Why, for one reason only; Blackberry’s Slacker Radio can play in the background letting you do other things while you listen to your music. If Pandora could do this, we would of given the crown to the iPhone, but with Pandora your either listening to the music or your not. There is no listen to music while you surf the web or email/sms/IM. Once you hit that home button, the music stop. This is why Blackberry wins the title King, since we can listen to our music and do other things at the same time!

Check out our gallery for screenshots of some of these streaming radio apps! :o)