Today Ryan Leslie a man who seemed to come out of no where and bring what we call good music back to the scene releases a new version of his website. Now while you may be asking why would this matter or be news worthy, you have to take a look at what he is doing to understand.

Ryan Leslie started with Cassie, and I’m sure you all know who she is by now. Cassie propelled to relevance and much of it was due to the heavy promotion of her on her MySpace page. Before this, it was unheard of. Of course there are many bands and artist on MySpace, but this was the first time an unknown, new artist achieved success from MySpace. The man behind this was Ryan Leslie, who has been beside the scenes doing songs for the likes of Cassie, New Edition, Britney, and more. Then there was Ryan Leslie’s NS4LIFE.com website, here he put up videos of him doing what he does in video form. Here was behind the scenes footage of him composing songs right in front of us, it was amazing, you were given a look in the window so to speak of his creative process. For anyone who is into music, into making music, or use to be and still have a love for it like me, this was great watching! It was impressive to see someone use the Web like that, I could compare it to Obama, though totally different agendas and methods. It is the technology that was used that impressed me. Ryan could be found on his www.ns4life.com site as well as his YouTube channel, that plus his presence on Facebook and MySpace. 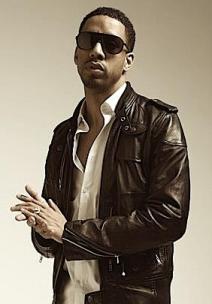 Ryan used the web to harness and cultivate his crowd. Though we’re still waiting for an album from him, he has kept appetites wet with new videos, music leaks and now on iTunes. Ryan says on a interview that his label doesn’t think he has enough fans as to the reason why his album hasn’t dropped yet, but now he is â€œlaunching the most unprecedented on-line campaign anyone has ever seen in historyâ€. Today he launched his website www.ryanleslie.com, which looks to be ns4life.com on steroids! From the looks of it, this time it looks like Ryan is using everything he has learned from ns4life.com and adding to it. He even has a My Blackberry section where he invites family, friends, and extended family to reach out to him.

Ryan Leslie is the definition of an artist for our era. We are truly in a digital era, and if artists, labels, and the like can’t keep up there will be trouble ahead. Ryan has positioned himself in a good spot to be a great artist for our time. He understands the web and is using it to get his music out, interact with his fans, and fuel the desire for more of his music. You can believe we will be following Ryan and his journey and we invite you to check G Style Magazine for more news on Ryan Leslie and Next Selection.

To check out Ryan Leslie, check out www.ryanleslie.com and if your a Blackberry user, be sure to add yourself to his group!