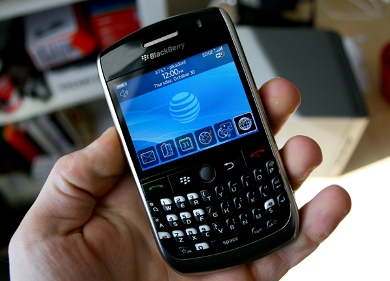 The end of the year is fast approaching and we’re wrapping up the year nicely. How has it been going for everyone out there. Next week, we will be forgoing the Weekly Recap and will be having the End of the Year Recap, so look for that coming on New Year’s Eve. So what happened this week, let’s dive in:

T-Mobile UK Now Has the Blackberry Curve UK
If your lucky enough to be in the UK, then stop by your local T-Mobile store and pick this sexy machine up. Now this is only for those who aren’t too big on 3G, as this phone is minus the 3G goodness of say the Bold. Check out more about this at [Engadget Mobile]

T-Mobile Does Away With Upgrade Fees
Speaking of T-Mobile if your here in the states, it seems T-Mobile has does away with upgrade fees. Which only makes sense, never understood the concept of making you extend your contract for 2 years, buying the new phone AND making you pay for the option to do that. Check out more at [TmoNews]

Monica Now Working on Here 6th Album
It’s been a little while since something new has dropped for Monica, but now she is currently working on her 6th not yet named album. The album is looking to be released first quarter of 2009. Check out more at [Billboard]

Batman: The Dark Knight Sells 1.7 million In One week
We can’t say we are surprised here as this is such a great movie! In one week it sold some 1.7 million Blu Ray discs, if you add in regular DVDs that is some 13.5 million, and there was even 300,000 digital copies activated. Check out more at [EngadgetHD]

Ok everyone, that’s it for this week, take care and enjoy the weekend!

5 Tips for a Successful Mom-Student