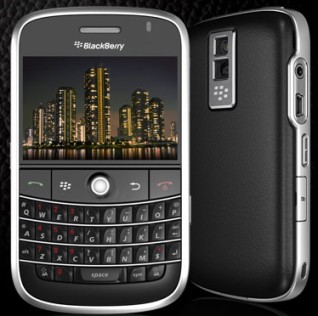 Man what a week! The Blackberry Bold has finally been released on AT&T, the world can rejoice! We know our Publisher as he has been talking none stop about this phone, to the point that we are getting sick on him and his 3G goodness lol So what else happened this week? Jump on it and have a look!

Jamie Foxx To Return With ‘Intuition’
Jamie Foxx is set to return with a follow up to his 2005 album release Unpredictable which has sold 1.98 million to date. His new album is set to drop on J Records this December 16th. Intuition first single is “Just Like Me” featuring T.I., which is the top debut this week at No. 48 on Billboard’s Hot R&B/Hip-Hop Songs chart. We can wait to hear this album as his last was very good. Check out more at [Billboard]

50 Cents & Bette Midler On the Same Team?!
Now here is 2 people we just wouldn’t of thought to put together. It seems we’re seeing another side of 50 Cent, that isn’t often seen with him teaming up with Bette Midler to open up a community garden in Queens. Check out [Billboard] for more.

Screenshots of Apple iPhone Firmware 2.2 Surface
Looks like this firmware has a fresher look for the App Store and Podcast supports looks to be coming. Check out more at [AppleInsider]

AT&T Fuze Coming November 11th for $299.99
Now while we’re not a fan of the AT&T Fuze as HTC seems to be going backwards after releasing the Touch, there are some of you who will want it. So it looks to be on track for November 11th. Check out more at [BGR]

Circuit City Closing 155 Stores, Is the one Next to You Closing?!
Now we’re more of a Best Buy fan here, but it is always sad to here with a gadget store isn’t doing well. We still are mourning the lost of The Wiz. It seems Circuit City will be closing 20% of their stores, could one of those be yours, check out more and a list of closings [Circuit City].

Vizio See Q3 Gains, Looks Good for Q4
We aren’t surprised there, ever since we first seen a Vizio set live and then heard the price, we knew to expect good things from this company. We can’t say we are surprised they had a good quarter, they have greats sets at affordable prices. Check out more at [Twice]

Apple Slides into Number 2 Spot for Smartphone Vendor, Passes RIM
Well it seems all them iPhones are really adding up. They have passed RIM to be the number 2 top dawg in the smartphone business. We’ll want to see how it is, come next quarter now that the Bold is finally out and up next is the Storm. Check out more at [Engadget Mobile]

That’s it for this week, all you new Blackberry Bold, enjoy your first weekend with your new device!