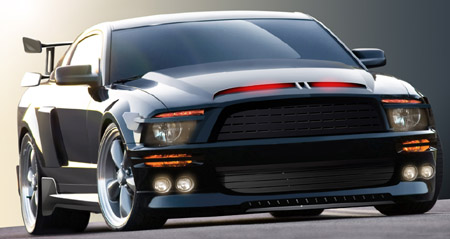 So Sunday marked the return of a great TV show in that of Knight Rider. However this is no remake but a continuation of the show as it takes place after the original shows ends. The new face of K.I.T.T. or the Knight Industries Three Thousand would be a 550 HP Ford Shelby GT500KR. The new cast includes Mike Tracer (Michael Knight’s son), Charles Graiman as the one who created K.I.T.T and Mike’s friend and one time girlfriend who happens to be the daughter of Charles, Sarah Graiman.

The 2 hours movie sets up the plot for the series with some unknown bad guys breaking into the house of Charles Graiman and attempting to steal some hard drives from him. While they look around the house, they come upon KITT which activates him and his programming has him seek out Charles’s daughter and long time friend Mike Tracer. I won’t go too much into the show as you can catch up by watching it on www.hulu.com.

In HD, the effects on the car look great. When bullets hit the car, how they are repelled and how the car “morphs” is stunning. Towards the end of the show, when a now reactivated KITT (yep you need to watch to see what I’m talking about) taking a high speed impact from a SUV, that was so beautiful in HD, that it will need to be rewind a couple times just to look at it. I’m still on the fence with this show, but I will definitely give it a shot, only time will tell.